It was a warm, crisp Spring morning when Chad pulled up to Pickering Valley Country Club to swing the clubs for the first time in years. An $89 Membership had inspired him to give the game another try. He was excited, yet nervous… as he thought about teeing off with some of his buddies for a round of golf. He was excited because he thought it would be fun, see Chad thinks anything that involves a beer is fun….. but nervous because he flat out knew he was going to suck.

Chad was never a golfer… skill sports weren’t his thing and he was your true definition of a hacker, but he also didn’t care if people thought he was good or not, he just wanted to grab some beers, shoot the s*t, and have a morning out with the guys.

The first tee went as expected, he shanked one into the woods… Second tee was more of the same… but then one of the guys in his foursome, who we will call ‘2aday’, started puffing his chest out and talking all kinds of smack…. This went on from hole three through eight when Chad finally had enough and called out 2aday…. “2aday”, Chad said, “give me time and I’ll smoke you on this course”… 2aday, as he spit a big chew at Chad’s feet, respond immediately with a snarky voice “yeah right he said, I’ll bet you $10 a hole straight up!”… Chad immediately barked back “Deal”….

Chad thought to himself… ‘what the hell did I do, I suck at golf, I’m going to get my ass kicked’…. But then Chad set off on a mission and for the next 6 months he hit the links every morning before work, he practiced his swing in his garage, he read up about golf techniques, and he started repeating to himself every morning in front of the mirror ‘you got this baby!’

It was a cold, brisk morning in October and Chad was the first to arrive. He knew today was the day he was going to have to pull off an upset for the ages…. Again he was excited, yet nervous… he couldn’t stop thinking about the one on one match he was about to have with 2aday. Handicaps were out the door and they were going head to head; hole for hole. No one thought he could win… except for Chad!

Chad pulled out his lucky golf ball “Becky”, and set it gently on the tee. He was the first to tee off and he was feeling the nerves…. With his knees buckling he lined up the ball, he took a big back swing, closed his eyes, swung as hard as he could and heard the crack of the ball…. He had no idea where it went but he knew he hit it solid! There was a moment of silence and then a loud roar and he knew he drove that damn ball dead center, exactly where it needed to go! He crushed it!

2aday, with all of his bravado, stepped up to hit his first drive. You would have thought he would have been a little shaken with the monster drive Chad just had, but not 2aday, he was in his own world… His swing was quick and precise, and he crushed the ball…. But this wasn’t dead center, this was a hard slice right!

Chad knew right then he had him! He BELIEVED he could do it!!! It was his time! Chad and 2aday battled hard but Chad just couldn’t keep up with 2aday’s mastery golf skills and went down 2 holes going into the 9th…

2aday began to unravel like Tom Brady in the Super Bowl, using his back 9 mulligan on hole 10 to halve the hole. However, for the remainder of the match, hole after hole he shanked balls into the woods, the rough, the highway, you name it… he had now lost 9 total balls… but Chad still had Becky! Chad was spewing with confidence… whereas 2aday was in complete meltdown mode. Chad’s coach ‘The Mayor’ exclaimed to Chad, “did you just see 2aday’s club fly over our head?, “Keep doing what you’re doing, minimizing risk and mistakes.” Chad continued onto the consecutive par threes winning 2 holes in a row with masterful play. He now found himself up 2 holes and brimming with confidence.! Chad won the 15th with his best drive of the day while 2aday shanked a slice wildly into the woods. Chad looked over at the adoring crowd and smiled, knowing that they too were witnessing something special, something of golfing lore.

Chad had done the math and he knew if he won this hole it was over… he also knew 2aday wasn’t good at math and had no idea that he was about to lose the entire match on this hole… Chad tee’d off first and he nailed it again, dead center! He looked over at 2aday and with a smirk on his face said what has now become the most famous line in Phoenixville golf lore…. “hey 2aday, I’d hate for you to lose ball number 10”… 2aday glared at Chad, put his ball down on that tee with a thud, wound up and swung as hard as he could. As soon as Chad heard the crack he knew it was a bad one… 2aday did as well and as he watched it slice right 3 holes over, 300 yards in the air, he wound up and threw his driver in a fit of rage! Chad had shaken him to the core… and he easily took the hole and then the match.

To this day Chad’s story is legendary… no one believed in him, except for himself. He knew that hard work and balls of steel could accomplish anything, even a hacker destroying a seasoned golfer! He proved everyone wrong and that’s why Chad is a Phoenixville hero!

We know what you are thinking… there has to be a rematch!!!!! 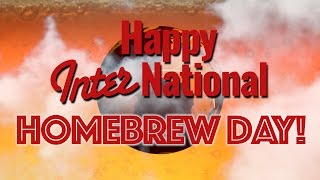